Well it’s about time I posted some flap ideas for the “As You Like It” Purse. I have procrastinated too long!

This first idea is a Western theme, but could be used with any fabrics or trim to change the look.  Below is one I made with Western fabrics a concha and fringe. The directions below with make a reversible flap. Two, two flaps in one!! Two for the price of one… you get the idea! 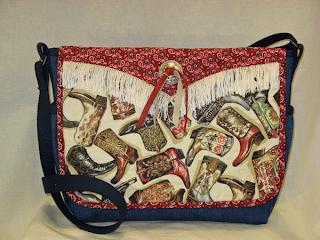 PRINT THE YOKE TEMPLATE BELOW
Click on the orange Menu Tab on the left side of the document and choose Print. 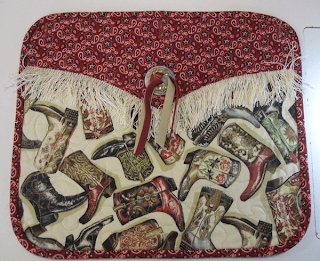 The purple flap shown below has a beaded trim instead of the fringe. 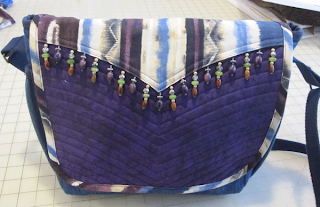 Step 1. Pick three fabrics for your flap. 1 for the front, 1 for the yoke and 1 for the back and a piece of batting the same size as the flap, using the measurements included in the pattern as a guide, I rough cut out all of the pieces so I have some room to play with.  I used a large print for the back and fussy cut it to show the design.
I also traced my yoke pattern onto a piece of template plastic so I could see through it, but paper is fine.  Trace around the pattern onto your yoke fabric, but do not cut it out yet. 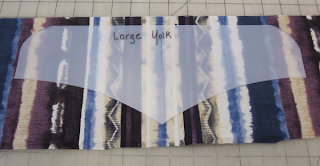 Back of flap – rough cut around the edges. 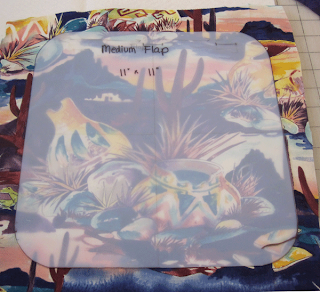 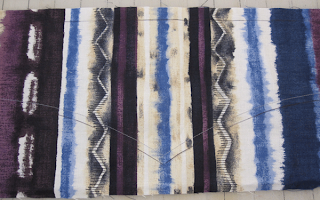 With a hot iron, turn under 1/4″ seam allowance right along the line of stitches you just made. I actually press the stitches to the underside of the yoke. The stitches allow you to turn a very precise edge and no clipping of curves is needed. 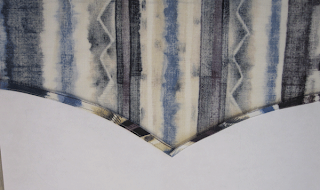 Step 3. Stack your fabrics together with the Backing fabric face down on the table, then add the batting on top of that and the Flap fabric (purple on mine) face up. I spray basted the layers together.  Place pressed yoke fabric on top of the flap positioned where you would like it. The yoke pattern piece is sized for the large bag, and needs to be centered left to right on your flap. The edges will hang over if you are making a smaller purse. All of my pieces so far are rough cut so you don’t have to worry about matching anything except the center (left to right) and make sure the yoke fabric goes close to the top of your flap fabric. The center point of my yoke is about 1/2″ to an 1″ above the center of the flap (top to bottom).
Pin any trim that you want to add under the folded edge of the yoke.

Step 4. Stitch the yoke through all of the fabric layers in place very close to the folded edge of the yoke with your zipper foot. Position the zipper foot to the right of your needle as shown below. 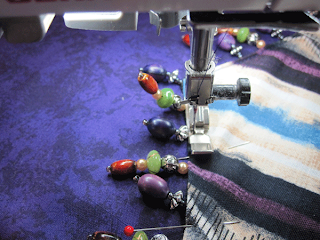 I sewed a second row of stitches along the folded edge of the yoke. 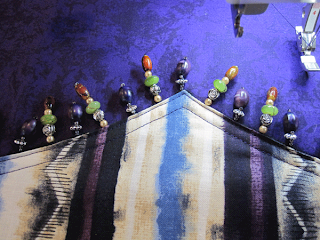 Below the beaded trim, I added some echo quilting following the curved edge of the yoke. Draw a chalk line down the center of the front flap and that will help you know when to pivot your stitching. 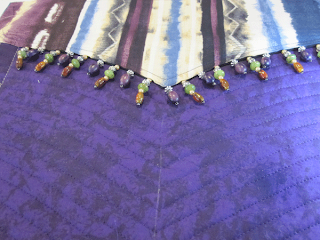 Step 5. Use the Flap template from the pattern for the size purse you are making and cut your flap down to the finished size. Follow the steps in the pattern on page 12, Step 15 for making the buttonholes. Finish your flap with bias binding following Step 12 in the pattern. Make sure you use bias binding so you can sew around the corners of the flap.
Note: I sewed my bias binding on the back side of the flap and then turned it to the front side and machine stitched the binding in place from the front.
Bias tape sewn to back side of flap. 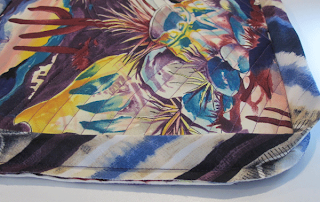 Completed back of flap 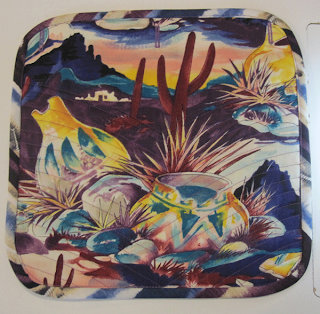 Front of flap before sewing binding in place. 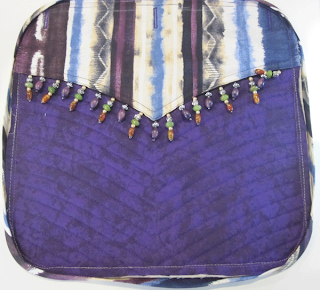 I look forward to adding more designs in the NEAR future! Promises, promises!:)