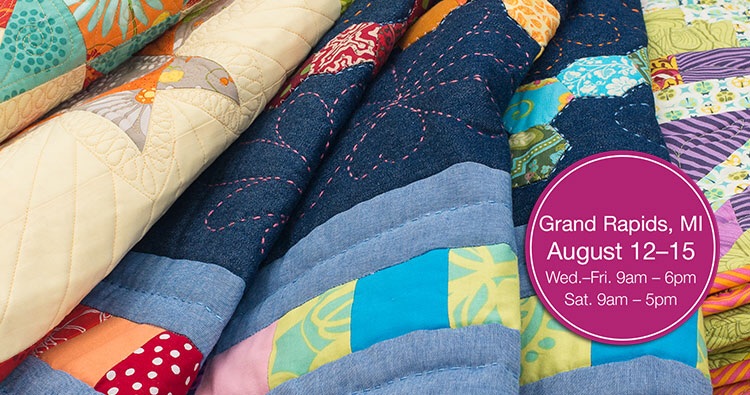 This ended up being a multi day post although that was not my initial intention.

Mike aka Mr Laura here. Well today is Friday and we finally did get to the show early this morning (we had been trying to get here early Wednesday and Thursday too but kept finding more to do) and I expected to have some quiet time to write a very delayed Blog posting prior to the show starting. This did not work out as I see it is 9:23AM and customers are here now…more on this later.

Well it is now 8:59PM and I can pick this back up! So where was I..nice quiet morning..Yes. So anyway as usual there was more to do than planned. When I started to write we realized we were almost out of Laura’s Zippered Totes so I said I would run back to the car and grab them and get back to write my post. So while I did not actually run, I set out at a very brisk walk to the parking garage. Wanting to get there quickly I skipped waiting for the elevator and went up the stairs to the skybridge in the Oncenter. As I went down the corridor to the bridge I saw a lady sitting on a couch assembling the legs on a wheelchair. I went accross to the garage and then up two flights of stairs in the parking garage found the box of reserve patterns in the car, grabbed the Laura’s Zippered totes, and then zipped back down two flights, back through the bridge, and down the corridor saying to myself, I am not in as good shape as I used to be, and breaking a sweat.  As I went down the corridor the same lady was still trying to assemble the wheel chair. As I looked closer, I saw that she had a brace on her leg and obviously needed the wheelchair, so I stopped and asked if there was anything I could do to help. She said yes, please, could I help her figure out how to get this together. Well it was an older metal framed wheel chair that had a bit of rust on some parts and it became obvious that parts of the footrests were on the wrong sides. The lady assured me that was not possible since she had not changed anything since she used it last so we did try to assemble it as it was, but that was not working. She did offer that she had a wrench, so I did my best to put it together as I thought they should be asssembled, and I was finally able to leave her sitting in a roughly correctly assembled wheelchair. By the time I finished this, I really did start jogging back down the corrider to the stairs and on to the booth. I found I had missed the opening but I did beat most of the customers to the booth as we are on the far side of the exhibition hall from the entrance. So after that leisurely start we began the day!!

Syracuse has been a fun show. This is the first quilt show in the city and the attendees seem genuinely happy to have the quilt show and seemed genuinely glad the vendors came along. All the patterns have been selling very well but surprisingly we have gone through all the Ursula and Emily patterns we brought for the show plus all the additional ones I brought to fill wholesale orders while we are traveling. We have also sold all of the Laura’s Zippered Totes and are in to the wholesale reserve. Apparently Central New York State ladies love small purses and large zippered totes! Well I will call it a night for now and hop in to bed so we can do the show and load out back to the trailer tomorrow night!!

OK It is Sunday 10:31AM.  I AM going to finish this Post!! (I hope). We had a pretty good day Saturday and load out was uneventful, just sweaty, the usual recreational bickering, and no major injuries!!! The best part of Saturday for me occurred while Laura was explaining  to a customer the names of her patterns. Laura’s Tote was her very first pattern from a bag class she taught at Bernina World of Sewing in Raleigh and everyone already called it Laura’s Tote from the class so she kept the name. Janet’s Jewelry Case is a design she made for her mother Janet. Carol’s Convertible Purse is a design that our daughter Carol loved so obviously that is named after her. Our son declined to have a purse named after him but she asked for his help naming the mailbag purse with interchangable flaps so he suggested the Shakespear inspired “As You Like It” as he works in technical theater. When the customer asked which one was named for me I volunteered, “The Hidden Treasure Tote”! ba-da-bum.

OK I am going to post this before anything else happens. Come see us August 12 at the Grand Rapids, MI AQS show at Both #1030!!!