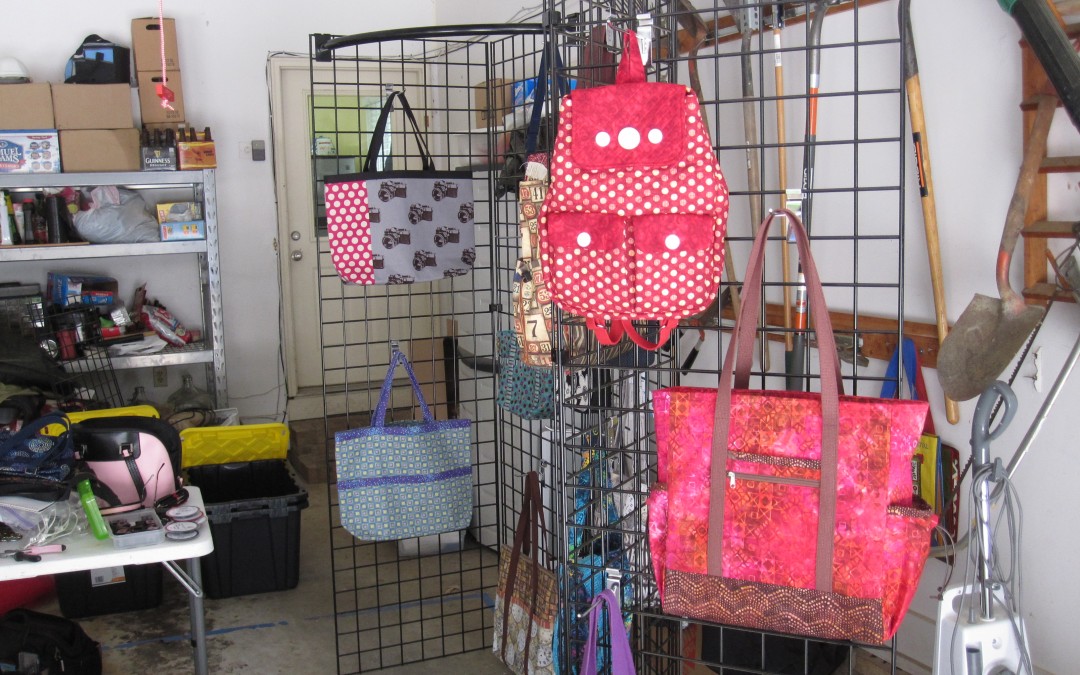 Fun at The Creative Thimble!

Seriously though, it is important when you are fitting 1,000 square feet of stuff into 100 square feet of trade show space, that you do a test run in the garage on a hot day to make sure it really is NOT possible. Laura did spot one of my spare beehive bodies that she thought would be a cool frame for a bag in her display. I was able to combine my Beekeeping hobby into my new Executive Responsibility and build two new medium supers as display elements. (A super is short for superstructure, which is the part of the hive where the bees store the honey I harvest. The hive body is where they live and store the honey they keep.)

I did convince Laura that we should try a cargo trailer this time instead of packing everything in her Ford Escape. While like Laura, Dave (my trusty minion), and the Mini-Professional Tote, the escape is a Plucky Little Thing it is not really big enough to contain all the STUFF even with a giant roof container doubling its height. While allowing adequate room for the driver, the passenger usually had to contort into whatever shape/space was left. I am sure that the trailer will have its own unique set of issues that probably will make it easy to write a future humorous post. 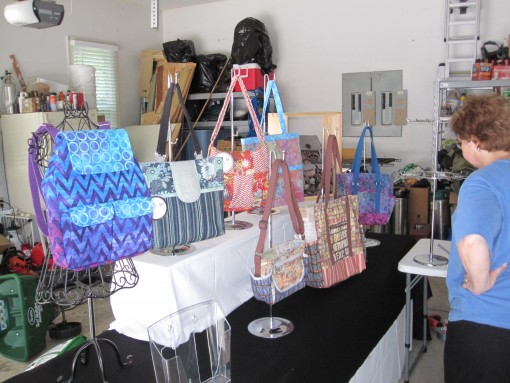