My DH and I took a weekend trip to Charlotte, NC. It is about a 2 1/2 hour driving trip for us and we just wanted to get away. There is a new IKEA store there and I wanted to look around. I had never been to one before and heard great things about it. We started off with breakfast at IKEA’s cafeteria, what a bargin. They were having a special, buy one breakfast and get one free. We each had scrambled eggs, 3 pieces of bacon, hash brown potatoes and 3 French toast sticks, coffee, one orange juice and we spilt a 5″ round cinnamon bun. The total for all of that was $5.97. Wow, we were impressed and it was delicious, especially the cinnamon bun! I love to organize things almost as much as I like to sew and they have so many things to help you do that. I managed to only spend $42.00, but came home with lots of ideas.

There just happens to be the biggest fabric store near Charlotte in Gastonia. Mary Jo’s fabric store. If you live in the tri state area of South Carolina, Tenn and NC and haven’t been there, you need to go. This store used to be a large grocery store and is now a fabric store. They have every kind of fabric that you can think of and laces and trims to match. If you watch Project Runway on television, it is NC’s version of Mood Fabrics. Anyway, DH let me wander through the aisles of MaryJo’s for almost an hour. It’s hard looking at fabric when “he” is following you around like a puppy dog, but I did make a few small purchases.

We then went to Daniel Stowe Botanical Gardens in Belmont, NC (just west of Charlotte) and happened upon a small quilt show. There is a beautiful Orchid Conservatory at the garden and the quilt show was inspired by the Orchids. “Fiber Art Options” is a group of 7 artists in the Charlotte area that work with fabric, paper and thread. These artists took pictures of the orchids and used them as inspiration for their quilts. 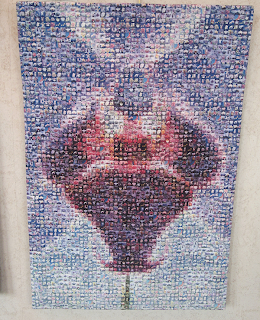 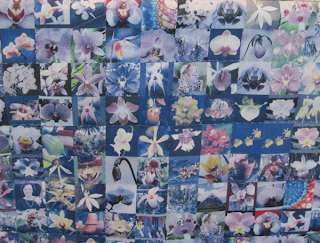 This purplish orchid quilt above is made up of 1/2″ photo squares, hundreds of them. The picture just above is a close up view of the upper left corner of the quilt. Every picture is an orchid.  SPECTACULAR!!
The quilt below is the black and white version of the same orchid above, with all the same pictures in black and white. 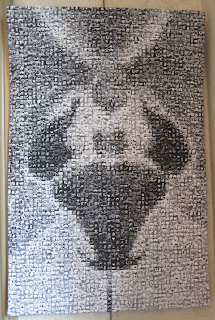 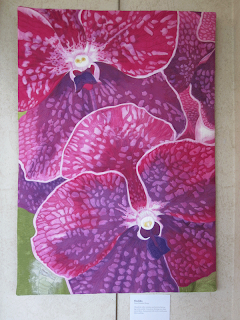 The Daniel Stowe Gardens are beautiful. Last weekend there wasn’t much blooming, but the gardens, fountains and walkways were still wonderful. Here are a few pictures that I took in the Orchid Observatory and the grounds. Maybe I will be inspired to make an orchid quilt, too! 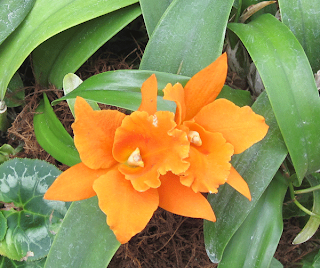 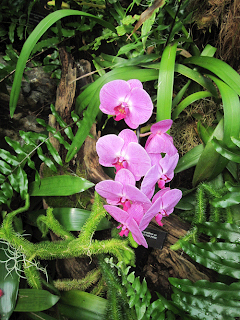 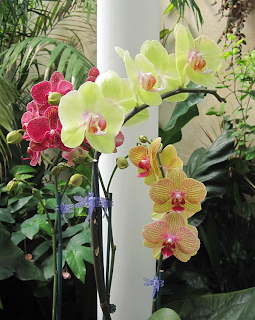 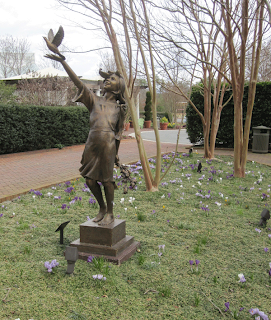 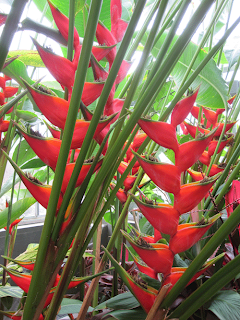 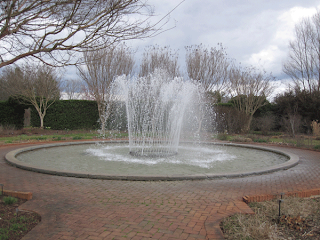 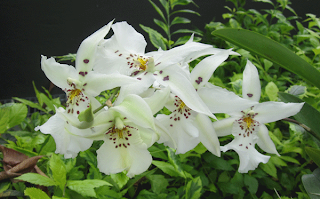 It was fun to get away for the weekend, we hope to do it again soon.